Find here the list of all our ads: used Heat exchanger. Osertech references a selection of second-hand equipment and machinery available on its facilities and those of its partners, to help you find the best opportunities.
If you can’t find a Heat exchanger corresponding to your requirements, please indicate the equipment you are looking for via the form at the bottom of the page and we will find it for you. For any questions, our sales team will be happy to assist and advise you in finding the machine fitting your needs. 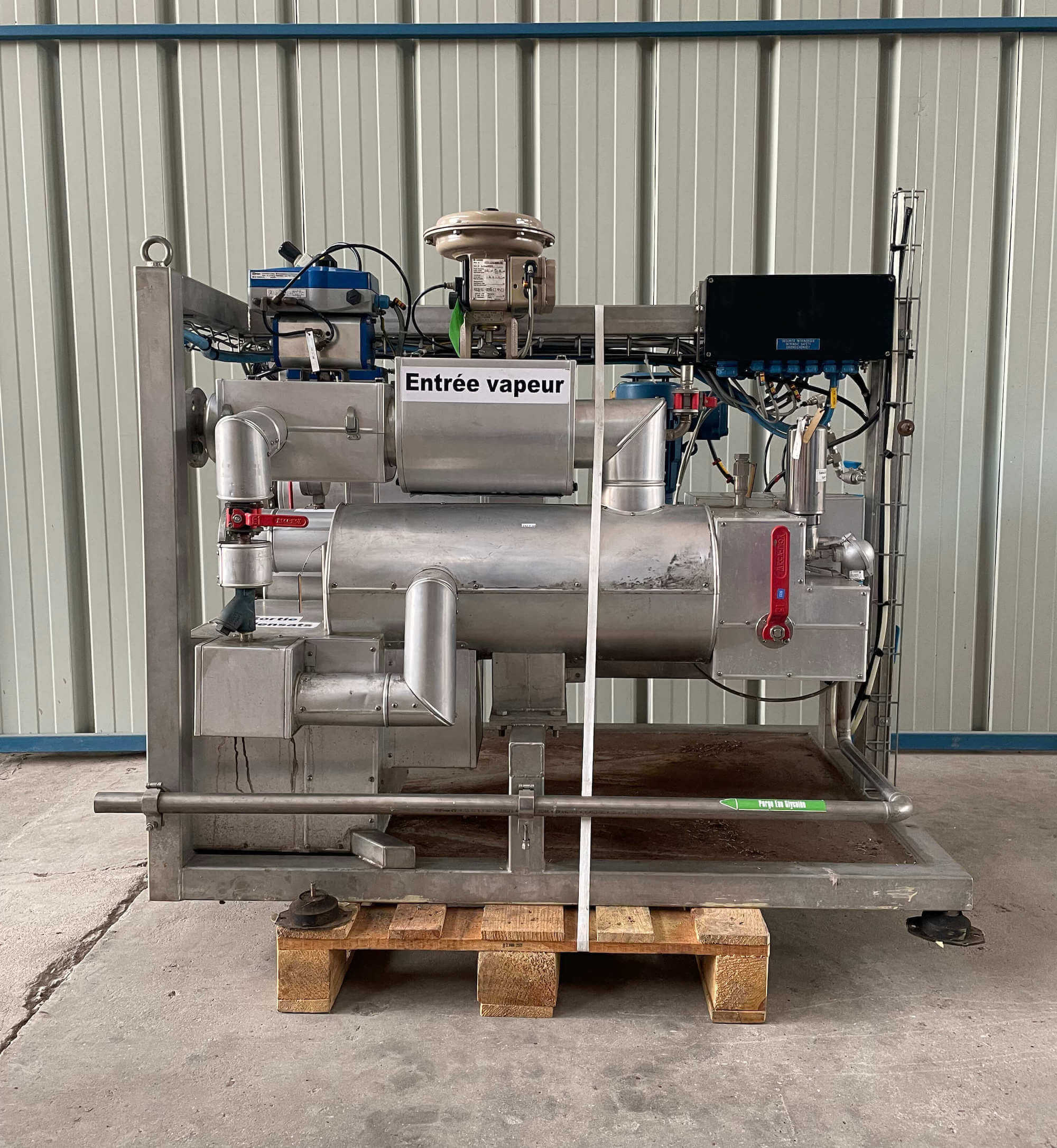 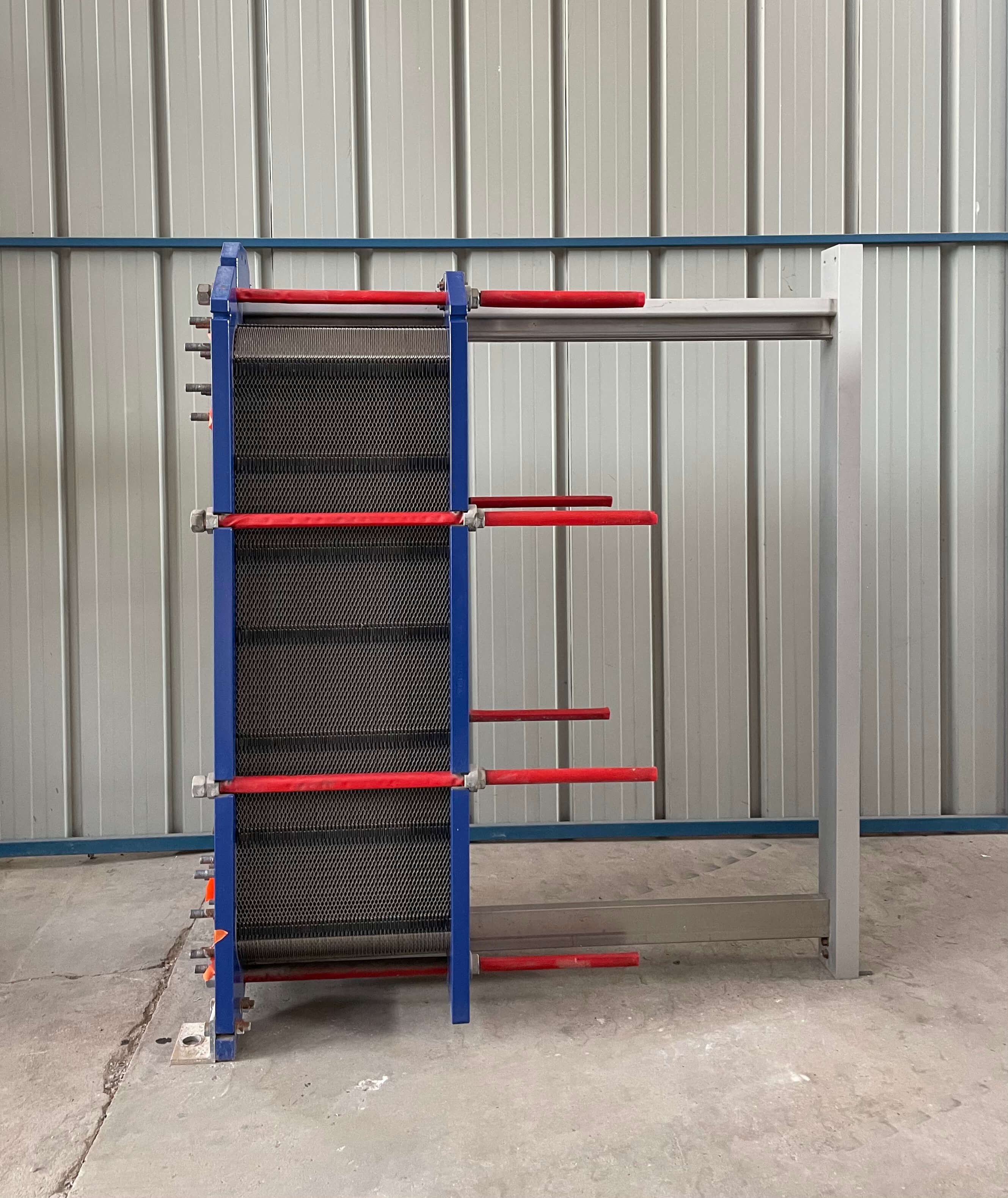 Can' t find the equipment that fits your needs?

Our team can help you identify a used Heat exchanger that meets your expectations. We will quickly contact you to define your project and assist you in your search. By submitting this form, you agree to receive information about Osertech machines and services. See our privacy policy for more details or to unsubscribe at any time.

How a heat exchanger works?

A heat exchanger is a system for transferring thermal energy from a fluid to another without mixing them. The heat flow passes through an exchange surface that separates the fluids.

The heat exchanger is an essential element in industry. It ensures the transfer of heat between two fluids and prevents them from being mixed. This transfer takes place through a screen with a high conductive capacity.

It allows the transfer of heat energy from one fluid to another without mixing them.

The heat exchange always takes place by convection or conduction. The larger the exchange surface is, the more efficient the exchange will be.

This equipment is determined by the fluids present, the desired goal and the thermal power/performance to use. These criteria determine its optimum shape and dimensions.

The exchangers operate according to the nature of the fluids: water, oil, air.

The different types of heat exchangers

There are different types of heat exchangers. These are used in different industries (pharmaceutical, food processing, cosmetics, chemical, etc.). This equipment is very often made of stainless steel.

The fluids move on either side of the plates, which are generally corrugated. This type of heat exchanger is frequently used because it is very efficient.

Plates used in this system can be :

The plate heat exchanger is becoming really popular in industry. It consists of a large number of plates arranged in the shape of a yarn and separated from each other by a space of a few millimetres where the fluids circulate.

The perimeter of the plates is bordered by a joint that allows compression of the unit in order to avoid the risk of leaks, both between the two fluids and to the outside.

Sometimes a baffle is added to the grille. This helps to promote turbulence and improve heat transfer. Vanes can also be added to tubes to increase the heat exchange surface area when the fluids present have very different exchange coefficients.

At each bundle end a distribution box is attached. It ensures the circulation of the fluid inside the tubes in one or more passages. The shell is also equipped with input and output nozzles for the second fluid following the path imposed by the baffles.

The heat exchanger resists pressure very well. This is why it is used in powerful installations.

A coil-shaped heat exchanger uses a tube that is immersed in water. The primary fluid flows through the coil and heats the secondary fluid in which the tube is submerged.

It can be found in buffer tanks with an exchanger or in air conditioners, for example.

Other types of heat exchangers

Osertech is specialised in trading used industrial equipment. Since 1994, the company offers services in buying and selling equipment and machinery in France and worldwide.